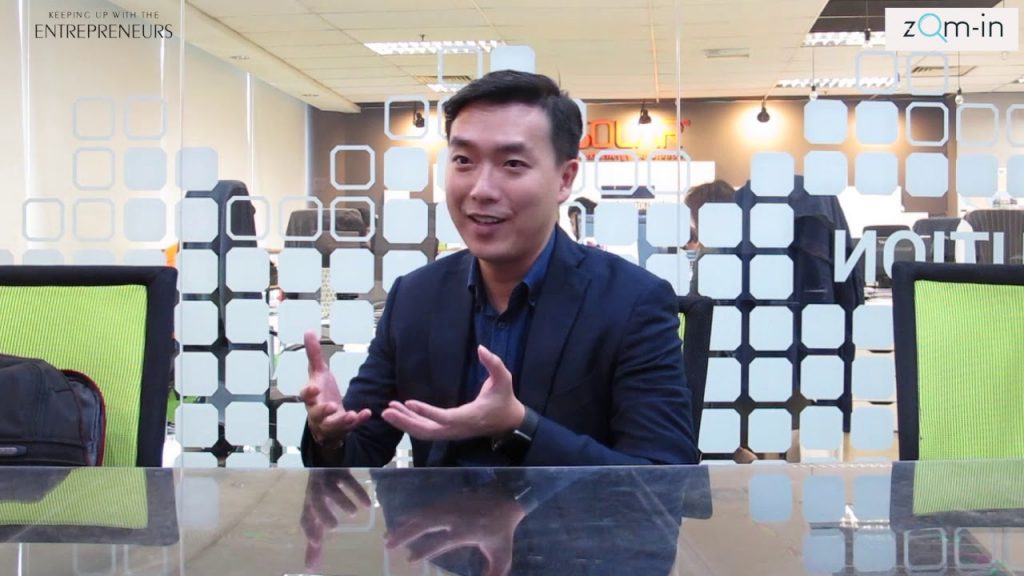 Ko Chuan Zhen, 36, says the very first solar panel he laid his hands on was for his final year project at university, when he used solar energy to lower the temperature of an interior of the car. This was 13 years ago, during the Yahoo period, when trustworthy web materials about solar energy were still sparse, according to Ko.

“At the time, renewable energy was still very new as a concept and information about it was quite difficult to come by,” Ko said. “I had one textbook on solar technology and had difficulty finding solar panels for my final year project. Luckily, a lecturer of mine loaned me a solar panel and gave me some practical know-how on how to work with it.”

The event showed him that there’s still a lot to learn about this exciting energy source, and he was resolved to be a part of the worldwide clean energy trend from that point forward.

Ko went on to do an internship in Taiwan, where he discovered that investors and financiers all around the globe were rapidly turning their attention from traditional energy to green energy because of its sustainability and cost-cutting benefits.

Ko remembers staring out of his window on a return flight to Kuala Lumpur and seeing unending rows of empty rooftops.

“I remember telling myself that one day, I would fill those empty roofs with solar panels,” he shares.

Afterward, he worked for renewable energy companies in Germany and Japan, where he learned about the technology as well as the business and operational elements of the sector.

Ko is now the CEO and co-founder of Plus Solar, a major energy solutions firm that has installed solar photovoltaic systems in over 700 buildings in Kuala Lumpur, Selangor, Johor, Perlis, and Kedah, as well as several large-scale solar farms. Among its customers are IKEA, KLIA, Sunway Sales Gallery, and Spritzer, to name a few.

Plus Solar’s revenue was around RM150 million in FYR 2020, despite the fact that it began with only four second-hand tables, a handful of laptops, and roughly RM130,000 in revenues in its first year of operation, establishing itself as the chosen renewable energy solutions supplier with a number of high-profile clients who have decreased their industrial carbon footprint and reduced up to 50% on electricity expenditures.

“In 2012, Malaysia officially introduced the Feed-In-Tariff Policy, which favours companies operating on renewable energy sources. I knew then that it was the right time to start a solar energy business, but I couldn’t do it alone,” says Ko. He credits his co-founders and long-time friends for their long hours of effort and sacrifice, Ryan Oh Zhi Kang and Poh Tyng Huei.

“When we first started, work was top priority. We were consumed with closing the next deal and delivering effectively,” Ko says.

“One year, we returned to KL from our hometowns on the second day of Chinese New Year to negotiate a contract with a top international company. We would also go on-site to install the solar panels ourselves under the hot sun. There were some months when we didn’t even take home a salary.”

Ko and his team anticipated the day when little successes would give way to larger ones. In its second year of operation, Plus Solar landed a job consulting on green energy solutions for the Prime Minister’s Office, as well as a contract to build Southeast Asia’s largest solar-powered carpark.

“By the way, the first chance I got, I gifted my former university lecturer with a solar panel for research purposes. Without him, none of this would have happened and I needed to thank him for that.”

Ko uses the company’s CSR arm, Plus Solar Academy, to deliver presentations and organise free engineering workshops to students across the country, eager to repay the kindness given to him years ago..

“The message I want to share with students is that I’m only where I am today because I benefited from someone else’s skills and knowledge,” he says.

“I want to pass on these skills to the next generation so that one day, they can stand in my place and pass them along to the generation after.”