Refusing to give up: Tan Sri Dr Lim Wee Chai 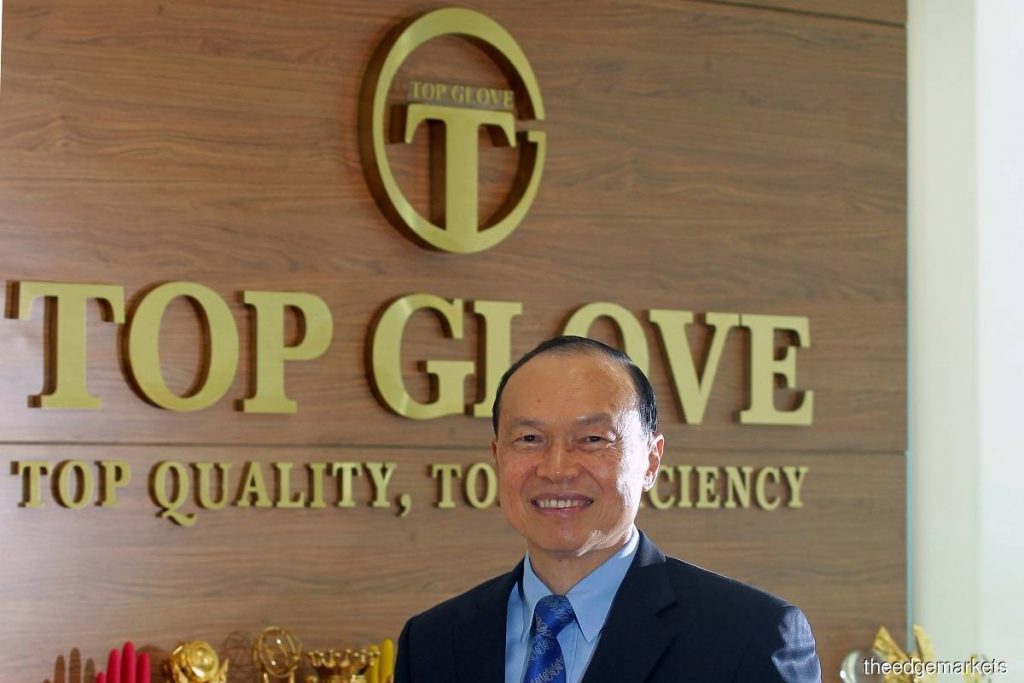 There is no such thing as “giving up” for Tan Sri Dr Lim Wee Chai, the founder of Top Glove Corp Bhd. Lim says failure was not an option for him and his wife, who put all of their RM180,000 money into the company when they started the rubber glove business in 1991.

“We faced a lot of challenges, especially at the start when we were building the business. However, I knew I had to succeed because we had invested all of our money into the business.

“There was no back-up plan and failure was not an option!” According to the 60-year-old, whose company has grown to become the world’s largest glove manufacturer.

Lim was exposed to the rubber industry as a child growing up in the little town of Titi in the state of Negeri Sembilan.

His parents ran a modest rubber plantation and worked in the rubber trading industry.

Lim, the second of six children, claims to have been a hardworking student in school because he saw the value of education at a young age.

“I would help my parents with their rubber trading business and rubber plantation after school or during school holidays.

“I was able to balance both my studies and work quite well,” he says.

He studied A-levels at TAR College in Kuala Lumpur after completing his secondary education.

Puan Sri Tong Siew Bee, his wife, was there when he met her.

Lim recalls spending a lot of time with his friends, studying and exchanging ideas, as one of his best college experiences.

After earning a Bachelor of Science in Physics from the University of Malaya in 1982, he spent two years as a sales executive and three years as a sales manager at an OYL Industries Group affiliate.

Lim claims that it was during this time that he worked for a tough supervisor who taught him to be more resilient and industrious, qualities that he says subsequently helped him build his own business.

Lim then studied for an MBA at Sul Ross State University in the United States with his wife in 1984 and 1985.

Growing from strength to strength

Before deciding to invest all their savings into setting up Top Glove – their very first business venture – Lim and his wife spent a lot of time doing research.

“We saw good potential for the rubber glove business as emphasis on healthcare was and still is increasing all over the world.

“Also, as gloves are an essential item to the healthcare sector, demand is relatively unaffected by economic and political uncertainty,” he says.

There were approximately 250 glove manufacturers in Malaysia when they began operations.

Due to the HIV/AIDS crisis at the time, demand for medical gloves had skyrocketed.

The majority of these glovemakers, however, were subsequently phased out due to their inability to meet the high-quality criteria required by the United States, one of Malaysia’s largest rubber glove importers.

Top Glove started with one factory, one production line and 100 staff.

One of the many glove manufacturers that went out of business at the time was purchased by their original factory.

With 40 plants, 648 production lines, and a production capacity of 60.5 billion gloves per year, it is now the world’s largest glove maker.

They employ 17,000 people and have production plants in Malaysia, Thailand, and China, as well as sales offices in the United States and Germany. They serve over 2,000 customers in 195 countries.

Lim, a proud Malaysian, is glad that Top Glove’s success has helped put the country on the map and that it continues to contribute to the country’s economic progress.

“For me, being Malaysian means having the ability to bring about change and transformation for the better, through hard work and working together.

“In the same way, we are proud that Top Glove is a homegrown Malaysian business, which has successfully transformed from a small manufacturing company into the world’s largest manufacturer of gloves through hard work and teamwork,” he says.

He goes on to say that the group, as an industry leader, is looking forward to continuing to contribute to the “new Malaysia” and assisting the country in achieving developed nation status.

He compares running a country to operating a business, saying that both require a solid basis.

“I believe that being healthy is that foundation.

“It is important that Malaysians, as a people, are physically healthy in order to be able to contribute positively to our families, our companies and our country,” he says.

He also emphasises the need of mental health, which he defines as “doing with honesty, integrity, and transparency at all times.”

Lim claims that his daily exercise commitment indicates his desire to keep healthy.

“Therefore, I need to ensure my body is healthy enough to do so,” he says.

Lim participates in badminton and golf twice a week, as well as yoga once a week.

When asked what his secret to success is, Lim simply states that there is none.

Hard work, continuous learning, hiring the right people, and having good values are the ingredients for success.

“When we first started out, we still had a lot to learn but we did not give up. We continued to learn through other people and had hands on experiences with troubles we faced. We motivated ourselves to keep on going despite bumps in the road,” he

What advice does he have for young Malaysian entrepreneurs that are just starting out?

“I would advise them to stay positive, motivated and never give up.

“When there’s a bump in the road you don’t stop your car, you keep moving forward until you reach your destination,” he says.

He encouraged young Malaysian entrepreneurs to continue gaining knowledge and to stay fit and healthy – mentally and physically.

“It is through challenges that you are able to grow into good entrepreneurs and responsible members of society. In every crisis, there is opportunity,” he says.