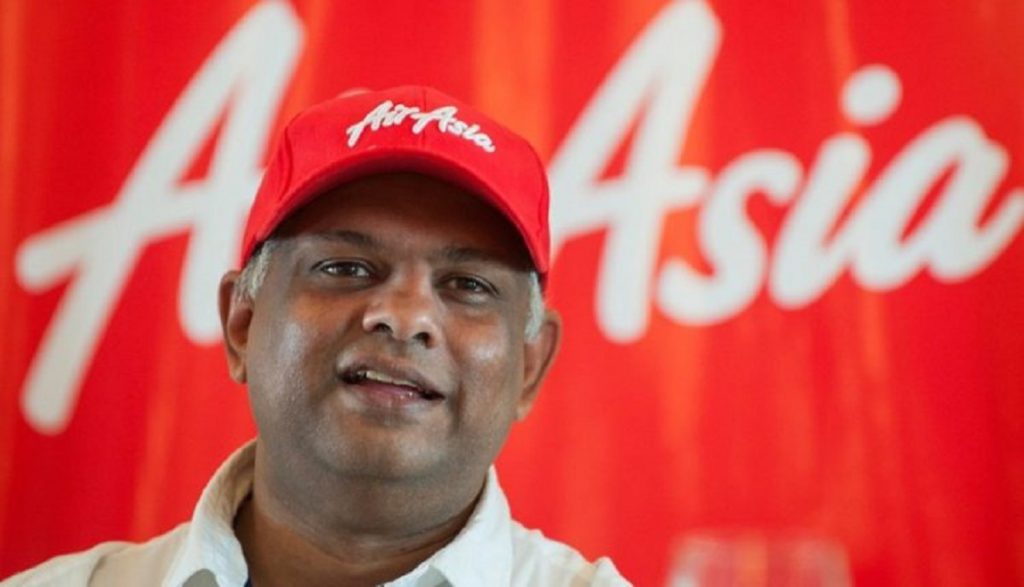 Tan Sri Dr. Tony Fernandes, Group CEO of AirAsia, used to dream of flying home to Malaysia during his half-term holidays when he was a boarding school student in England.

Unfortunately, this simple goal remained out of grasp for the homesick adolescent. Flight tickets were extremely expensive at the time, and frequent trips home were impossible.

As a result, young Tony envisioned a day when a journey from London to Kuala Lumpur would be accessible enough for people to travel without fear of financial hardship. It was the catalyst for a strong desire to make air travel more accessible to everyone.

It would take more than 30 years, but Fernandes’ goal would come true in ways he could never have anticipated. He didn’t realise it at the time but he would one day be the man who could honestly proclaim: Now Everyone Can Fly.

The true storey of AirAsia is so unbelievable that it could have come straight out of a Hollywood film.

Although Fernandes had the idea for low-cost flights between England and Malaysia when he was at boarding school, it was not a dream he pursued from the start.

He earned his bachelor’s degree in economics from the London School of Economics, worked in finance for a while, and then went on to become a successful music executive.

Despite not being a businessman by trade, Fernandes demonstrated financial savvy when he predicted a bleak future for the music industry at the time. Fernandes abandoned his job at the pinnacle of his profession in an unexpected decision that foretold his typical unpredictability.

His goal was to democratise air travel and remove it from the grasp of the wealthy by providing inexpensive fares and high-quality service. The four partners agreed to take over AirAsia’s RM40 million debt and bought the airline for a nominal RM1 (USD 0.25 cents) from its Malaysian owner DRB-Hicom.

AirAsia repaid that loan in less than two years, thanks to Fernandes and his team of talented partners, despite the fact that it was operating in a very difficult climate in the aftermath of September 11, 2001. It began with only two planes (Boeing 737-300s), a single destination (Langkawi Island), and a workforce of 250 people.

Fernandes was unconcerned about what others thought was an absolutely awful moment to buy an airline.

This was also the year when the world witnessed the most horrific aviation catastrophe in history – the September 11th strikes in the United States. The future appeared to be grim. Employees at airlines around the world were being laid off, and passengers feared flying. The entire aviation industry appeared to be on the edge of collapse.

Fernandes and his colleagues saw this as a perfect chance to breathe fresh life into the industry by launching a brand-new airline with a novel business strategy.

Many trained and experienced industrial professionals were drawn to the fledgling airline by the industry recession. Expansion of the fleet of aircraft was also less expensive than anticipated, with leasing prices at an all-time low. It was the most convenient time.

After ten years, AirAsia will be remembered as the airline that might in the annals of global history. From its humble beginnings, the carrier has come a long way. The airline now has a fleet of more than 104 aircraft.

AirAsia’s red and white planes fly to more than 76 destinations throughout the world, covering 132 itineraries, 40 of which are offered exclusively.Along with its low-cost, long-haul affiliate, AirAsia X, AirAsia now connects people travelling through three continents namely Asia, Oceania and Europe.

Millions of passengers have been safely transported throughout the world, with the carrier’s 100 millionth passenger – a young Indonesian newlywed visiting her husband in India – flying in October 2010. Currently, the number of visitors reaches 140 million.

AirAsia’s image as a great employer, where employees are treated like family, has attracted top talent. The airline currently employs around 10,000 individuals, collectively known as “AllStars.”

AirAsia has grown into a force to be reckoned with in less than a decade, and the world has taken note. The low-cost carrier has won numerous honours, including TTG’s Best Asian Low-Cost Carrier for 2010 and the ACW World Air Cargo Awards’ Air Cargo Industry Newcomer of the Year Award.

The airline has also earned the renowned Skytrax award for World’s Best Low Cost Airline three times in a row.

Skytrax is a London-based aviation consultant, and this award is particularly prestigious because it is based on the findings of an annual World Airline Survey that polls over 16 million passengers from around the world.

The sky’s the limit

The sky is the limit for AirAsia as a globally recognised ASEAN brand. Over the years, the firm has remained committed to its objective of providing the lowest possible airfare and the finest possible level of service to every passenger that boards one of its planes.

AirAsia also offers low-cost and even free tickets on a yearly basis, making air travel a reality for people who previously only dreamed of visiting exotic and far-flung locations.

While AirAsia’s extraordinary achievements, awards, and accolades take centre stage, the true heart of this incredible storey can’t be denied: the individuals who make up the AirAsia workforce.

Every red and white plane that flies through the sky is a reminder that passion and perseverance can defy logic and break down barriers.

As AirAsia celebrates its tenth anniversary, its success serves as an example to anybody who has dared to dream of a better future.

So, when things get tough, it’s good to remember that, one of the most successful airlines in the world began with a dream… and now everyone can fly.