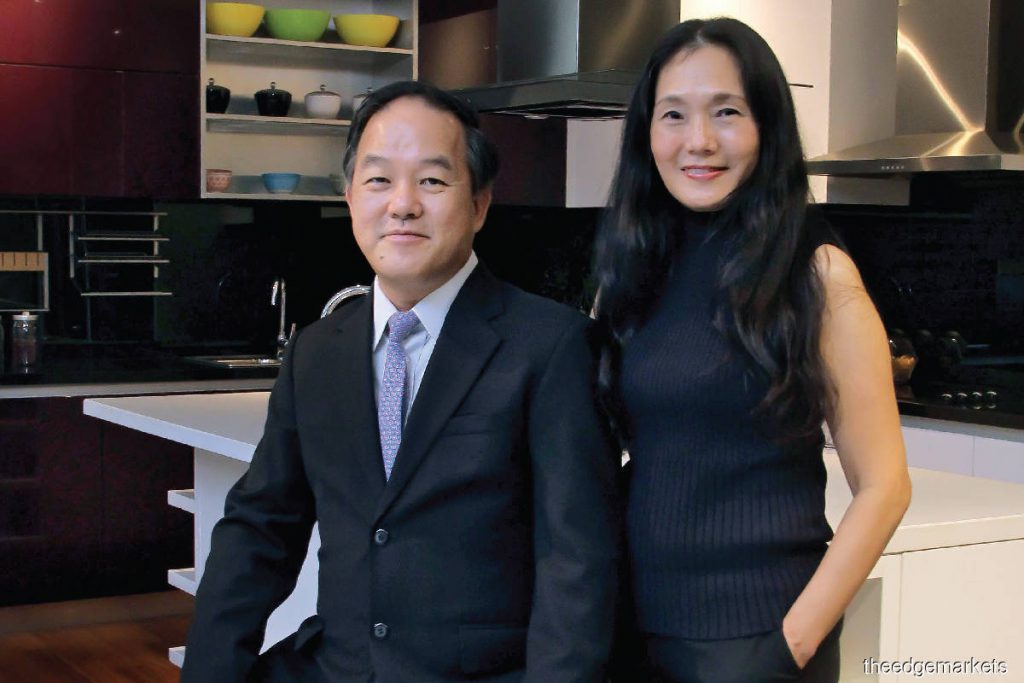 Tee was born into a family of rubber tappers in Kampung Tehel, Melaka, and learned early on how to handle his money. “My father gave me an allowance each day when I was in primary school. In secondary school, he gave me an allowance once a month. And when I entered college, it became once a year — a sum of RM4,000 for my annual expenses, including school fees, rent and food. I would have been left with nothing if I had spent all the money allocated to me,” he says.

“I had to learn how to manage my cash flow and be disciplined about it. This is my father’s style. He did the same to my younger brother too. And I, in turn, did it to my children.”

Tee also realised the importance of saving money and having cash on hand. He worked a variety of jobs as a teenager to support his income. Worked as a factory worker in the darkroom for a local Chinese newspaper, China Press, and later as a photographer. His favourite job, though, was on a building site.

“I like construction sites. I worked for a small construction company in the first two years after I graduated from Tunku Abdul Rahman College (TARC) with a diploma in building technology. I worked 360 days a year, working most weekends,” he says.

“For me, construction work is not just about going there and monitoring the workers. I like to observe record and think about efficiency. When people take two hours to finish a job, I would think about how we could do it in one hour. And I like to see the results when the building is completed.”

Tee was well-trained in money management by his father, and when he founded Kerjaya Prospek Group, he focused heavily on numbers, cash flow, and debt. Analysts now consider him as someone who is good with numbers and has a thorough understanding of the company’s profit margin drivers.

Kerjaya Prospek Group, which was listed on Bursa Malaysia in 2016 after a reverse takeover (RTO) of Fututech Bhd, has grown from strength to strength under his leadership. Despite a sluggish real estate market.

Many experts favour the company since it is one of the few, if not the only, construction companies with a double-digit profit margin and institutional investors like the Employees Provident Fund and numerous respected asset management firms backing it.

Some investors have voiced a desire for the Tee family, which owns around 70% of Kerjaya Prospek Group shares directly and indirectly, to release their grip on the company and reduce their ownership to roughly 50%, partially to boost market liquidity.

“But at what price would I give up the 20% shareholding? If you asked me, I would not be keen at the current price of RM1.02 [as at Feb 8]. It is low. But, again, do not ask major shareholders how much the company they have invested in is worth. They always think it is higher than the market price!” Tee quips during an interview with Wealth.

Tee’s personal investments are mostly related to Kerjaya Prospek Group, which he co-founded in 1995 with his wife, Datin Toh Siew Chuon, and his younger brother, Tee Eng Seng. He doesn’t have a lot of spare time to invest in the stock market. He only opened a Central Depository System (CDS) account with Bursa Malaysia in 2011. And it was solely for the purpose of obtaining the shares of Fututech.

“We [Tee and the key management and shareholders of Fututech] knew each other very well and they wanted to sell me some shares. But I said they would have to wait a week, as I did not have a CDS account. I was so focused on my company. Until today, I still don’t own shares of other companies [in his personal capacity] and I am not affected by the ups and downs of the market,” says Tee, 56.

Toh used to be an avid stock market trader who kept track of all her deals in a book, which she did out of habit because she was trained as an accountant. “I remember I had a record for myself when I was managing my own investments. I was very active and sure about what to buy and sell. Usually, I would key in what I wanted to trade at nine o’clock in the morning and execute it later. But, as I became busier with the company, oftentimes it was too late to execute those trades when I finally had the time. The market was closed and I had missed all the opportunities,” she says.

Toh ceased up investing during the Asian financial crisis and instead focused on leading Kerjaya Prospek Group. She does, however, invest in homes in other countries. She does it for a variety of reasons, including diversification and learning about the property industry in other countries.

“We like to gain some knowledge and experience from other countries. We usually read through their sales and purchase agreements and ask a lot of questions,” she says.

“We can understand things better from a bigger picture. And we can make fast decisions when we are dealing with problems here.”

In fact, Toh believes in going to the ground and has adhered to this since she was an auditor, before starting Kerjaya Prospek Group with Tee. “I liked to do field audits by visiting companies and factories. And the first thing I wanted to know was how they generated income and incurred expenses. I was keen to know their system and business model,” she says. “Even when we started Kerjaya Prospek Group back then, I would visit construction sites two to three times a week. I would drive my Proton over there to check things and build rapport with our suppliers. At the site, the site manager