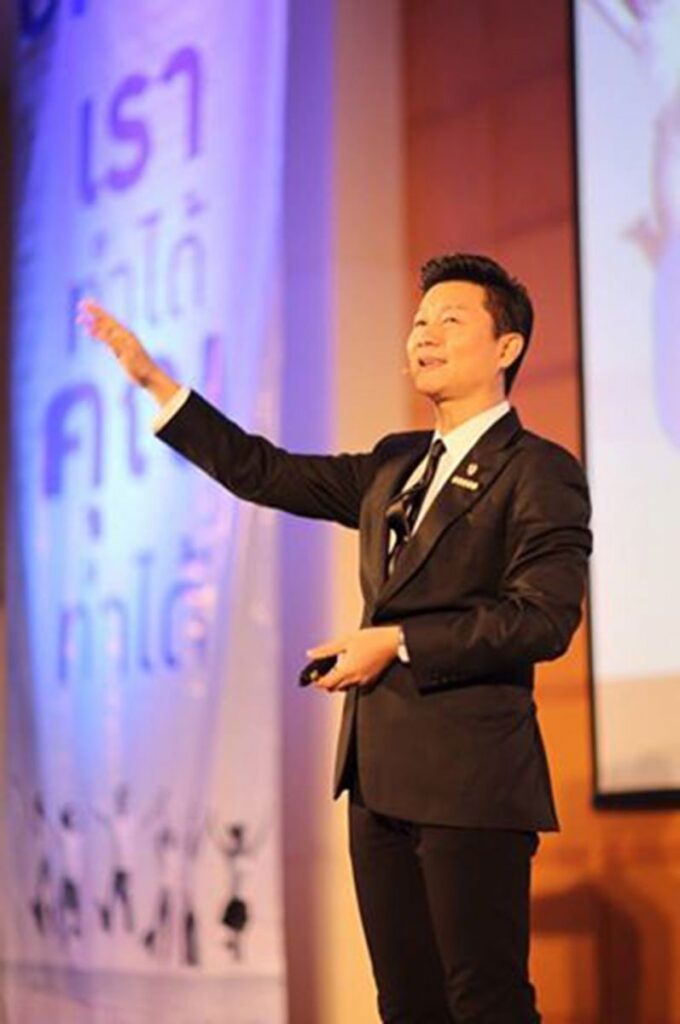 Jerry Looi, the Founder and CEO of Asta Chemicals Sdn Bhd, discusses his ascension up the corporate ladder. His early struggles turned him into the person he is today: someone who is hardworking, brave, and compassionate. His professional career began in the field of accounting. He began his career as a finance manager in the chemical business. He can now look back on his entrepreneurial experience and be proud of how far he’s come.

Jerry Looi had it rough growing up as the eldest kid in a household whose only source of money was rubber tapping. “I quickly learned that if you want something, you have to go get it.” “No one will offer it to you on a silver platter,” Looi says. He recognised that education was the key to turning things around, so he studied diligently and persevered. He eventually earned his certification as a Certified Public Accountant. Looi has had a long and varied career. His actual calling, though, is in the chemical sector.

In 1993, the Perak native joined Borden Chemicals (as it was known before its current name, Hexion Specialty Chemicals) as its Malaysian financial controller. He rose through the ranks to become the Asia Pacific Controller of Finance and then the Managing Director after a few years. Looi was also a member of Hexion’s Global Council for the company’s global Forest Products operations, where he was in charge of operations in Southeast Asia and China.

Looi thought he was ready to reach new heights after accumulating more than 20 years of expertise in the field. He successfully completed a management buyout of the Malaysian company, as well as the acquisition of the existing two plants in Penang and Pahang. He concedes, “It was a risky move.” It was, nevertheless, a risk worth taking. Asta Chemicals Sdn Bhd, or ASTAChem for short, is the company’s new name.

When asked how the name ASTAChem came about, Looi answers that ASTA is an acronym for “Adhesive Superior Technology Authority,” which they coined. He did say, though, that he first heard the phrase in the electrical business, where ASTA is a form of accreditation for electrical items that implies high-quality products — a trait he wants his company to be known for.

Aside from its core business of producing synthetic resin and adhesives for the wood-based industries, the company also manufactures a variety of chemicals and binders. “Our factories also provide toll manufacture of speciality chemicals for MNCs, as well as storage tanks for bulk chemical handling and storage,” explains Looi. ASTAChem is a firm that is concerned not only about the quality of its products and the exceptional services it provides, but also about the environment. “In 2014, we rebuilt and commissioned a new energy-efficient formaldehyde facility as part of our green efforts,” says Looi. The Ministry of Environment and resources gave the company the ‘My Carbon Newcomer Award.’

Looi, being the visionary leader that he is, always has a 5-year strategy in mind. His current approach focuses on business diversification in order to propel the company ahead in a long-term manner. “Even though we are one of the market leaders in our industry, we must remain focused on maintaining and improving our position.”

The compassionate 59-year-old visionary has this to say when asked on what drives him to continue doing what he does: “The thought that I am responsible for the well-being of all our employees’ welfare and those of their dependents.”

Despite the trials and tribulations that he faced earlier, Looi rose above the challenges. “Never give up. We learn from our failures and mistakes. Focus on the task at hand,” he advises. He also believes in the importance of passion and learning from the best. “Success is a lot of hard work and planning. It doesn’t happen accidentally,” he adds.