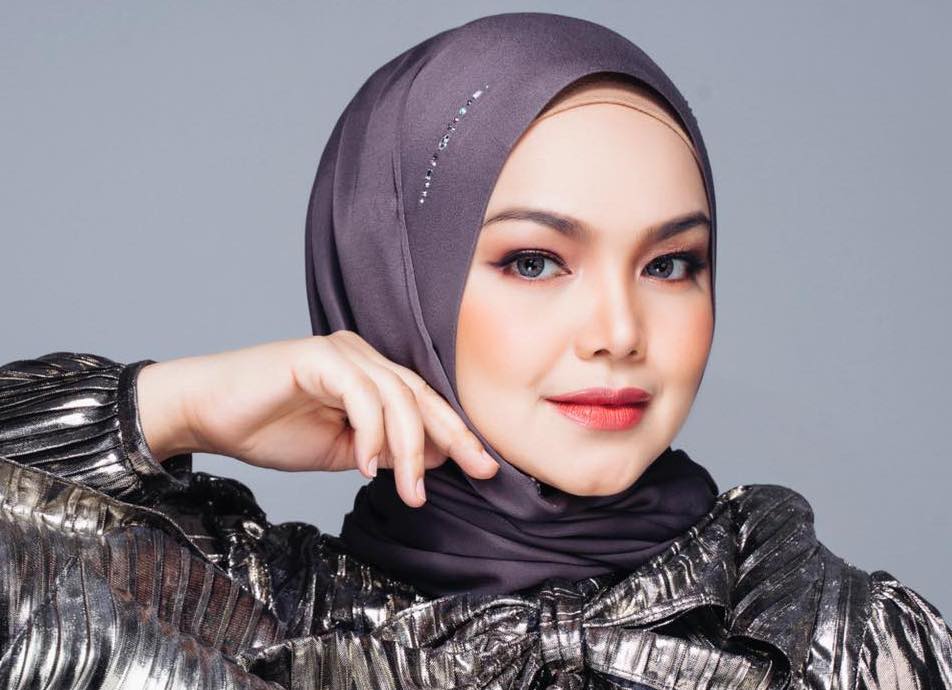 Siti Nurhaliza’s family performed at many local festivities, such as weddings, in their area. Siti began learning traditional songs from her mother when she was twelve years old, and she went on to play that genre of music at special occasions and gatherings.

Later on, as she worked on her vocals, she entered a number of local singing competitions. She competed in the 1995 RTM Juara Bintang competition when she was 16 years old. She met Adnan Abu Hassan, a well-known Malaysian music composer, while she was there. He educated her and assisted her with her vocal performance, and she won the competition in the end. Suria Records offered her a deal, which she accepted. In 1996 she released her first self-titled album, Siti Nurhaliza. Completing her first album was a challenge because she had to balance working on the album with her preparations for the SPM examination. Despite this, her first album was a great success, and paved the way for successful subsequent albums.

Siti became a well-known personality in Malay pop culture after the publication of her first album. Her songs covered a wide range of genres, including pop, R&B, and traditional Malay, and she continued to have multiple hits. Her voice and words were well-received by youth and adults alike in Malaysia, Singapore, Brunei, and Indonesia.

Siti ventured into business after achieving success in her singing profession. She founded her own company, Siti Nurhaliza Productions (M) Sdn. Bhd., which focuses on the entertainment industry. Siti Nurhaliza Collections Sdn. Bhd. and Siti Nurhaliza Marketing Sdn. Bhd. are her two subsidiary firms. Siti sells her own brand of Malaysian tea, “Ctea,” made from tea grown in the slopes of Mount Kinabalu in Sabah. The Geranium Special and Pandan flavours of this “Ctea” brand are available. And now besides having her own products, she receives substantial income through commissions and royalties for her endorsements and as ambassador of products.

Some of the many products she endorses include Maybelline, Pepsi, Pantene, Maxis, TM Net, Jusco, Konica Minolta, Olay Skin Care and Samsung.

A prestige beauty product made by Dato’ Siti Nurhaliza, Malaysia’s No. 1 celebrity and beauty icon, who has been involved in the cosmetics sector since March 2010. SimplySiti is the name of the cosmetics product. The cosmetics are made in Korea, with the support of a well-known local entrepreneur, Datuk Seri Mohammad Khalid Jiwa, who entered the cosmetics industry following two years of market research with AC Nielsen to identify target customers. AC Nielsen is a multinational marketing research company headquartered in New York City, New York. SimplySiti has been verified as Halal by the Department of Islamic Development Malaysia before the items are launched into the market, and the major goal of this young gorgeous entrepreneur’s research is to provide the necessary information regarding product demand and buyer perception. These cosmetics won the award for “Best Halal Product” in the Cosmetics category, 2010

The company has come out with a motto of “It Used To Be My Secret, Now It’s Your”. SimplySiti Skin Care and Make-up products are scientifically formulated and clinically validated by worldwide cosmeticians, according to Siti Nurhaliza, president of SimplySiti Sdn Bhd. SimplySiti Sdn Bhd’s most recent innovation is a fragrance. The SimplySiti cosmetics line is the outcome of a two-year collaboration with a Korean cosmetician. Korea is a technologically advanced country with a thriving cosmetics sector. Nanotechnology is being used in the cosmetics manufacturing process. Nanotechnology has the potential to generate a wide range of novel materials and gadgets with applications in health, electronics, biomaterials, and energy generation.

This beauty product is quickly becoming one of the most popular in the global market, particularly among Asian women of all ages.