Gary Faizol Abdullah : Sky is out of bounds for the time being 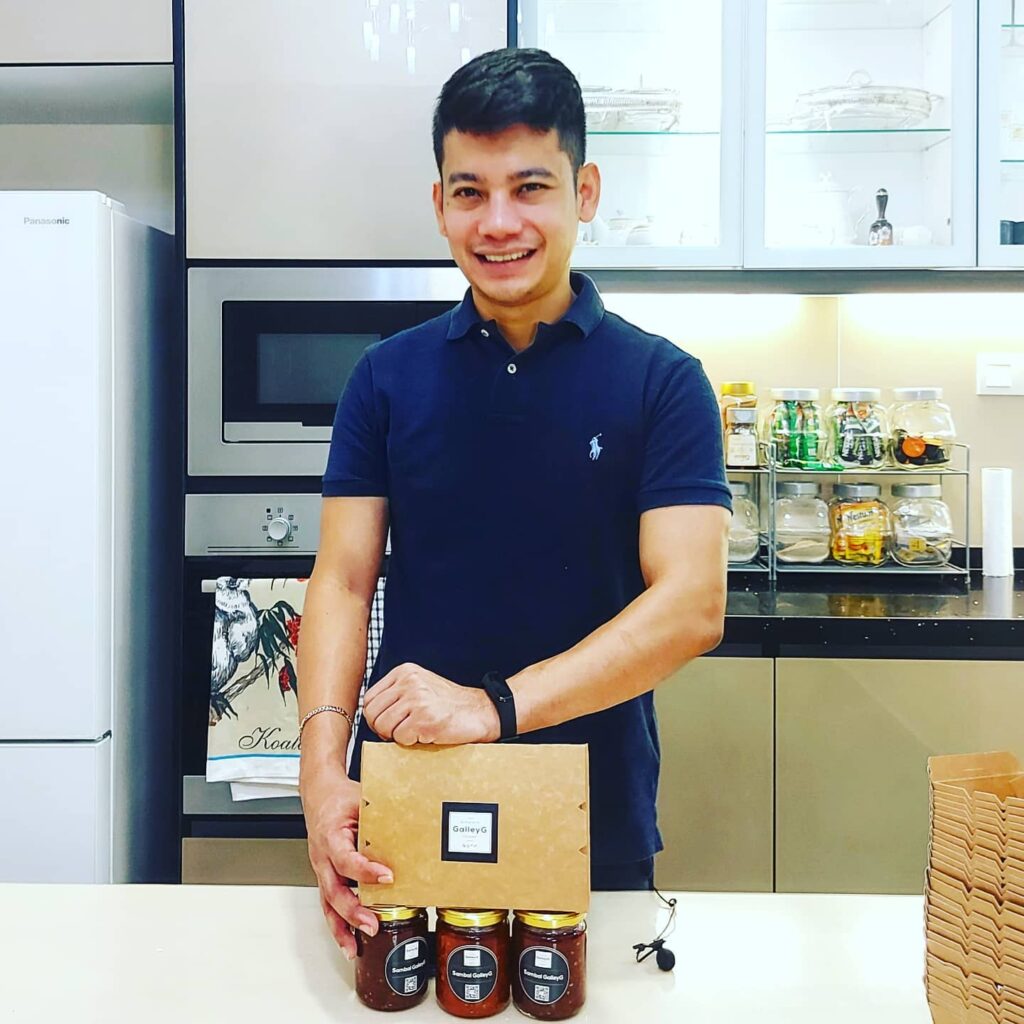 For some frequent travellers, being unable to go internationally due to the epidemic may be a nightmare. However, for airline cabin employees, it might mean losing their livelihood, as their pay is strongly dependent on the number of hours spent on flights. Gary, who has been a flight attendant with AirAsiaX since 2010, realised that when the first MCO ended in May 2020, he would need a backup plan, so he founded GalleyG from his home kitchen.

Gary Faizol Abdullah took matters into his own hands, founding GalleyG from the comfort of his own home to sell Indonesian sambal as a temporary source of revenue until the airline sector returns to normal.

It takes a lot of effort to run a home kitchen. When Gary initially began up, he had to do everything himself, from obtaining raw materials to distributing bottled goods. After collaborating with FoodPanda, his sambal company has increased from 20 sales per week to hundreds of orders each month.

Gary has a love of cooking and posting images of his creations on social media. He believed that monetizing his passion for cooking would be a quick way to start making money, so he decided to advertise his favourite Indonesian sambal, which he got from his maid’s recipe. Sambal is a multi-purpose condiment that can be used in a variety of Malaysian recipes. Because many people are too busy to cook, Gary reasoned that buying sambal instead of creating it from scratch would save them a lot of time.

It takes a lot of effort to run a home kitchen. Gary did everything himself, from procuring raw ingredients to creating the sambal to sending the bottled goods, with the help of his maid. Aside from that, he manages GalleyG’s web presence using the skills he gained while working in the media monitoring industry before becoming a flight attendant. By gathering orders on social media, he could generate roughly 20 sales every week. He chose to work with FoodPanda to create sales and use their delivery services as his sambal business flourished. This has decreased his burden significantly, as delivery is the most taxing part of the entire customer fulfilment process, and he used to do deliveries himself. He currently receives a few hundred orders every month for his signature sambal, which he runs with the help of two other team members.

Gary started a Facebook group called Dari Dapur Cabin Crew Malaysia (Call Button Please), a platform where former or current cabin crews can promote their own business on Facebook, knowing that many of his fellow cabin crews would have difficulty dealing with the pandemic. Gary opted to study the Malaysian entrepreneurship scene for the time being because the airline business could take another 2 to 3 years to recover. Aside from his sambal business, he has formed Kesuma Insights with some pals to assist home-based business owners and SME players with branding strategies and digital marketing.

“During a crisis, you might feel depressed and lost about what to do next – your circle of friends and family members will be the most important support system that can support you mentally or financially to achieve the plans you have in mind,” Gary commented.